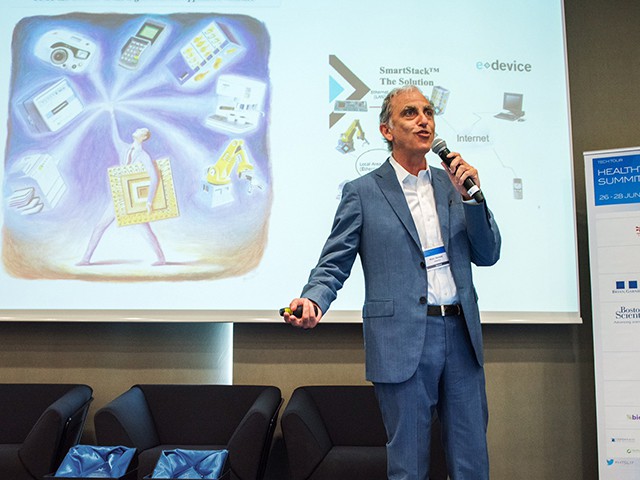 eDevice has been named the winner of the Digital Health Award, as part of Tech Tour’s Healthtech Awards 2017, which recognizes the most innovative healthtech companies in Europe. Receipt of the award is a substantial achievement for the French company, which has been leading the connected care market for the past 15 years.

eDevice first introduced its business at the French Tech Tour event in 2001. The Tech Tour Healthtech Award highlights the successful developments of European companies that have reached significant milestones and made important contributions to the healthcare industry since their presentations at prior Tech Tour events.

Founded in 1999, eDevice is the leading provider of connected care solutions and currently connects 600,000 patients to caregivers around the world. Marc Berrebi, Co-Founder of eDevice, declares: “We started sharing our vision of the Internet of Things at the 2001 French Tech Tour and it was a turning point for the company. After a roller coaster start-up adventure, we are extremely proud to be again in front of the best industry experts to receive the Tech Tour Digital Health Award.”

We use cookies on our website to give you the most relevant experience by remembering your preferences and repeat visits. By clicking “Accept All”, you consent to the use of ALL the cookies. However, you may visit "Cookie Settings" to provide a controlled consent.
Cookie SettingsAccept All
Manage consent

This website uses cookies to improve your experience while you navigate through the website. Out of these, the cookies that are categorized as necessary are stored on your browser as they are essential for the working of basic functionalities of the website. We also use third-party cookies that help us analyze and understand how you use this website. These cookies will be stored in your browser only with your consent. You also have the option to opt-out of these cookies. But opting out of some of these cookies may affect your browsing experience.
Necessary Always Enabled
Necessary cookies are absolutely essential for the website to function properly. These cookies ensure basic functionalities and security features of the website, anonymously.
Functional
Functional cookies help to perform certain functionalities like sharing the content of the website on social media platforms, collect feedbacks, and other third-party features.
Performance
Performance cookies are used to understand and analyze the key performance indexes of the website which helps in delivering a better user experience for the visitors.
Analytics
Analytical cookies are used to understand how visitors interact with the website. These cookies help provide information on metrics the number of visitors, bounce rate, traffic source, etc.
Advertisement
Advertisement cookies are used to provide visitors with relevant ads and marketing campaigns. These cookies track visitors across websites and collect information to provide customized ads.
Others
Other uncategorized cookies are those that are being analyzed and have not been classified into a category as yet.
SAVE & ACCEPT
Powered by